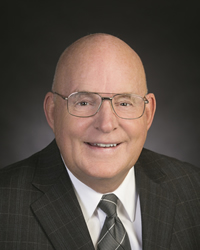 Dr. Howard oversees Athena’s ongoing research which has led to a number of patents, industry publications and conference presentations. Dr. Howard is a Professor Emeritus at the Reiman School of Finance, Daniels College of Business, University of Denver where he taught courses and published articles for over 30 years in the areas of investment management and international finance.

Professor Howard’s thought leadership in Behavioral Portfolio Management has generated significant interest across the country with record downloads of his "Behavioral Portfolio Management" white paper and presentations at the Investment Management Consultants Association® (IMCA®) 2013 Annual Conference and Financial Advisor Magazine’s 4th Annual Innovative Alternatives Conference. Articles by Dr. Howard have been among the most widely read on sites such as AdvisorPerspectives.com, CFAInstitute.org and FAmag.com. 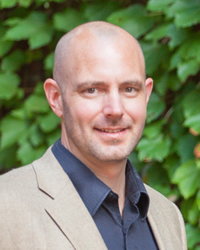 Mr. Howard spent the first years of his career as a corporate financial analyst with Sony Online Entertainment, Leica Geosystems, and StorageTek. Mr. Howard earned his BS in Finance in 1999 from the Daniels College of Business at the University of Denver, where he was a Chancellor’s Scholar.

Mr. Bunker joined Athena in 2009 with more than 25 years financial services experience and brings deep expertise in strategic planning and business transformation within the industry.

Prior to joining Athena, Mr. Bunker served as CMO for Primitive Logic, a premier systems integrator. From 1995 to 2006 Mr. Bunker held executive positions at Charles Schwab where he was instrumental in implementing Schwab’s fee based asset management service Schwab Private Client. He was responsible for retail sales and marketing efforts including implementing multi-channel marketing campaigns and advisor tools. He also led online product development efforts including launching Schwab.com and Velocity. Prior to Schwab he held leadership positions at Wells Fargo Bank and Bank of America in service, operations and finance. Mr. Bunker started his career with The Crocker Bank as a Financial Analyst in 1985 and by 1987 he became Vice President of First Nationwide Bank.

Mr. Bunker holds a Bachelor's Degree in Economics from University of the Pacific and an MBA from Pepperdine University, The George L. Graziadio School of Business and Management. He is also an active board member with the Boys & Girls Clubs of Metro Denver. 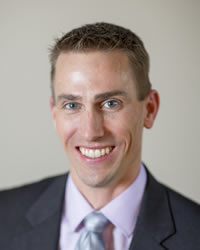 Mr. Stock graduated in 1996 from the United States Air Force Academy in Colorado Springs with a Bachelor of Science in Engineering earning a top 25% academic order of merit. He served 10 years in the US Air Force as an F-15C fighter pilot, Air Liaison to the Army, and a Glider Instructor Pilot at the Academy.

Mr. Stock was awarded the Air Medal for 32 combat missions and 122 combat hours flown over southern Iraq. He also saw combat on the ground leading a 20 man Forward Air Controller team into Iraq in 2003 at the beginning of the war. His final assignment brought him full circle back to the Air Force Academy as a Glider Instructor Pilot for advanced aerobatics and spin training.

In 2005, he received his MBA in Finance at the University of Colorado. After separating from the AF in 2006, Mr. Stock worked for Morgan Stanley’s Fixed Income Division as a Residential Mortgage Backed Securities (RMBS) Trader in New York City. His responsibilities included trading, execution, structuring, and risk control in whole loan packages and primary bond offerings. He also has professional market experience with risk management and analytics including interest rate and credit hedges. Mr. Stock joined AthenaInvest in 2013 and oversees advisor services.